Not quite a travelogue - Part 1

[I wrote a few short stories many years ago. Apart from 'A Valentine's Day Story', I've not posted any up here on the blog. That's because I always figured they would have some commercial value if I ever became a famous writer. Now that I realise how laughable that thought is, here it is, in it's unvarnished glory -

Links to other Chapters:
Chapter 2
Chapter 3
Not Quite a Travelogue

“And now?” I asked, twisting the wire of the cable a little more to the left.

“Well it’s marginally better, in that I can now tell that they’re showing tennis and not beach volleyball. But I have no idea if it’s men’s tennis or women’s.”

I leaned my head over to one side and took a peek at the screen.

“That’s women’s tennis, you mutt, can’t you tell that Sharapova with those long legs and blonde hair is playing Mary Pierce, who’s looking regal as ever?”

Every now and then I reach the conclusion that the quality of Cable TV at the House of Elver is pathetic. Since asking the Cable Guy to rectify the situation is about as likely to bear fruit as a lamp-post, the steps I take consist of fiddling with the cable wire that hangs outside the balcony of my bedroom, precariously balanced on the railing, while Fenderis tries to adjust the fine-tuning and reports to me whether the picture is any better. This exercise is always futile, but I pursue it nevertheless, which only goes to show that there is a bit of Sisyphus in all of us.

On this occasion, after about half-an-hour of fruitless labour, I was about ready to call it quits, when I happened to look down onto the lawn. For a moment I thought that someone had lit a fire in the garden. Everything looked the colour bright flame. Then cooler counsel prevailed, and I realised that I was being paid a visit by Princess Ariel, my long-suffering girlfriend. Her hair varies from strawberry blonde to a deep crimson depending on the light, but by the setting sun, it's always flame-red. She’s really one of the nicest people in the world, apart from being one of the hottest, which says it all, really. We get along very well, except for the fact that I neglect her terribly and she cheats on me from time to time.

“What are you doing up there? You’ll fall off! Get down here this instant!” she yelled back up.

“Right ho,” I said, and leaped off the railing onto the lawn, falling with a loud-ish sound on the tarmac and, I daresay, giving quite a nasty shock to several families of frogs and snails.

“Jormund, you idiot! You must’ve broken all your bones. Don’t you have any brains?”

“Of course not, sweets, I’m merely bruised. Some womanly comfort wouldn’t be amiss, though,” I said, patting her hands playfully.

“That won’t be necessary, Jormund, Ariel had best keep her hands to herself if she knows what’s good for her.”

I froze. The voice was unmistakable. Turning my head behind me, I confirmed that I had not made a mistake. And sure enough, there stood the Queen Tigress, my mother, accompanied by Papa Jormundgandr. I struggled to my feet and performed my best imitation of a municipality tap.

“Stop gurgling and let us in,” came the command from the Queen.

“Err…ummm…I mean…yes…of course.” I said, and then looked up at the balcony over which Fenderis was leaning, and hissed,“open the door, you mutt.”

“Right ho,” he hissed back and bounded off.

In a few minutes we were all inside, with the fireplace crackling merrily. Papa Jormund was comfortably settled in my favourite armchair, the Queen Tigress was regally seated on the other chair, Fenderis was sitting on the carpet before the fire and Ariel was warming her hands before it. I stood nervously next to the fireplace, shifting my weight from one foot to another.

There seemed to be a general consensus that this was a good idea, so I kicked Fenderis on his right flank. He trotted off into the kitchen. There followed one of those uncomfortable silences that always tend to descend on the Elver house when the parents visit. Presently Fenderis returned carrying five cups of coffee on a tray. A few sips of Cappuccino later I felt much better and actually able to carry on a conversation.

She glanced around the room disapprovingly.

“Why don’t you ever clean up around here?”

“Of course I do!” I protested, “I cleaned up as recently as...last September!”

She gave me another disapproving glance.

“Anyway, I don’t think you’ll ever learn to live in a decent environment.”

I made non-committal sounds.

“What I wanted to tell you is that we are going to visit the shrine of Freyja this weekend, so get your bags packed.”

“What? What what what? We are going where? And why? And who’s we?” I said, reeling. If Fenderis hadn’t propped himself against my knees I’d have fallen to the ground.

“Why? Where IS this Shrine of Freyja? Why do you want me to come?”

“Look here, Jormund,” said the Queen Tigress, wagging a reproachful finger in my direction, “You’ve been leading a dissolute life for too long” – my protests here were masterfully ignored – “and you’ve kept this poor delicate girl waiting for ever so long without taking her seriously at all” – here she patted Ariel’s head gingerly, in a manner reminiscent of a wounded man touching the most painful part of the wound  –“and I want you two to visit the shrine and get Freyja’s blessings. It’s only fair.”

“Blessings for what?” I asked, getting straight to the point.

“A happy life together, that’s what!” the Queen flared up, “I’m sick of your not taking her seriously” – here she threw her coffee-cup at me and caught me smartly at the ear –“and her cheating on you” – here she pulled Ariel’s hair and made her cry out –“You two are going to come to the shrine and I’m going to ask for both of you to find some direction in your life.”

The words rang in my ears like the ringers on those old ring-dialing phones. I clutched at the mantelpiece for support.

“You know the thing is,” she said, ignoring me, “I don’t even blame this poor girl. The way you neglect her, it’s awful.” 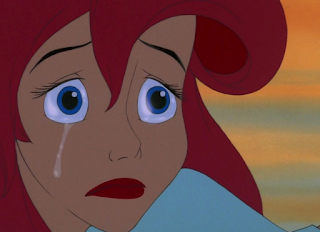 “Isn’t the shrine, like, way in the interior?” I asked again.

“So it is,” replied the Queen, “I have booked us all onto a bus. We leave tomorrow evening. Here’s your ticket”

“But that’s too far!” I protested again, “think of the distance! And it’s a drought-prone area! How are we supposed to…survive so long without water? I’m a sea-serpent! Ariel here is Posiedon’s grand-daughter! We both need water!”

“Oh don’t be ridiculous, Jormund! It’s only one day. I’m not leaving you there for posterity!”

For a moment I thought she wavered. She gave some signs of thinking about what I just said. And then Fenderis had to shove his oar in.

“Besides, Aunt Tigress,” he said earnestly, “Jormund here promised to take me pub-hopping this weekend to celebrate my exams being over.”

That settled the issue.

“See, mother? He’d rather go pub-hopping than spend time with me! Such a rotten boyfriend he is.”

“You poor girl,” said my mother, patting Ariel’s cheek comfortingly, “Jormund, you will be packed and ready at the Bus-stand tomorrow evening. I don’t want to hear anything more on the subject.”

And with those words, she swept out of the room, Papa and Ariel in tow. Ariel turned back at the door to stick her tongue out at me. When they were safely out of the driveway I slowly walked over to the door and shut it. Then I turned around and glowered at Fenderis. He was brushing his fur nonchalantly.

I pounced onto his back and held him fast in a triple-cross-face.

“You miserable mutt,” I screamed, “what did you have to go about opening your stupid mouth for?”

I merely tightened my grip further.

“I’ll make you pay, you mangy piece of fur!” I said and brought down a punch on his face.

But he knew me all too well.

“What strikes me, Jormund, is that all this aggression stems from your phobia of COMMITMENT.”

No other word in the English Language has quite the same ability to reduce me to a damp piece of blotting paper. My limbs went limp. I released him and rolled myself into a corner, hiding my face in my hands.

“Woe is me,” I said melodramatically, borrowing a page from Ariel’s book.

I glanced up and stared at him.

“Oh you’ll find out, my dear cousin, you’ll find out. I’m booking you onto this bus with us as well. And don’t even think of wriggling out of this one!”

I ignored the murderous look he gave me and proceeded to call the travel agent.

Email ThisBlogThis!Share to TwitterShare to FacebookShare to Pinterest
Labels: Elver, Fiction, Humour, Not quite a travelogue, Shorts