Mogambo - Vamps, Villains and the Vagaries of the Studio system.

It begins, as many things do, with Taylor Swift.

The High Queen of white-folk music brought out a music video for the song ‘Wildest Dreams’ from her album 1989 in August 2015. It doesn’t take long for anyone familiar with studio-era Hollywood to identify that the video is Joseph Kahn’s homage to the ‘Exotic Africa’ movies of that period. And while the video was heavily criticised for fetishizing Africa without featuring a single black person on screen, the song itself is Swift doing what she does best – invoking feelings through songwriting that is masterful at best, clever manipulation at worst.

What the video does very specifically invoke, however, is the movie Mogambo, a 1953 big-budget MGM extravaganza featuring its headliner stars – Ava Gardner, Grace Kelly and Clark Gable. 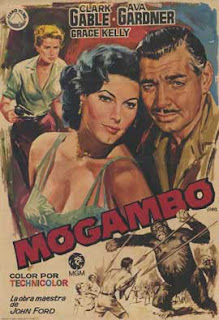 Yes, this is the moment where you realise that Bollywood’s most memorable villain (except perhaps Gabbar Singh) is named for a 1950’s love-triangle film. Also, ‘Mogambo’ is Swahili for ‘passion’. Or more accurately, sex. So basically, Amrish Puri is who you should be thinking about when the word ‘sex’ comes to mind.

Taylor’s brunette look and shirt-with-long-skirt outfits are clearly meant to evoke Eloise ‘Honey Bear’ Kelly, and with all due respect to the formidable charms of Meredith & Olivia’s human, she is not Ava Gardner.

Not that anyone can really ‘be’ Ava Gardner, though Kate Beckinsdale certainly gave it the old college try in The Aviator (2004). They broke the mould when they were done with that one.

What Audrey Hepburn was to ethereal beauty and Marilyn Monroe to vulnerable sex appeal, Ava Gardner was to confident sensuality. With jet-black curls, saucy green eyes and a waist that certainly looked no wider than the 22-inches she claimed it was, she brought a level of sexual confidence to the screen that was remarkable for its time.

In Mogambo Gardner portrays the aforementioned Honey Bear, a New York party girl who lands up in the heart of colonial Africa into the safari lodge of Vic Marswell (Gable), at the invitation of her latest boyfriend, a fictional Maharaja. As it turns out, the Maharaja has returned to India to prevent a government land grab, and Honey Bear is stuck for at least a week until the next boat comes in. At first, Marswell is irritable at being stuck with this woman, who he pegs as a disreputable sort. But Honey Bear settles in comfortably, making friends with many of the animals at the lodge as well as Vic’s fellow-hunter, Brownie, and everyone accepts ‘That Miss Kelly – she’s all right!’. Marswell embarks on an affair with her, but makes it a point to pack her off on the next boat, much to her consternation. It is on this boat that his next guests, the Nordsleys, arrive.

Donald and Linda Nordsley (Donald Sinden and Grace Kelly) are here to observe the life of gorillas, the former being an anthropologist. Marswell and Linda find themselves drawn to each other, as he saves her from a leopard and presents a strong contrast to her effete husband. Meanwhile, the boat on which Honey Bear has left wrecks a few miles downriver, and she returns to the lodge, triggering the classic love-triangle. (Or quadrangle, if you take into account Donald Nordsley’s admiration for Honey Bear, as he also often asserts, ‘That Miss Kelly – she’s all right!’).

The story unfolds as a 1950’s movie would – expect no major surprises and you won’t be disappointed. The wildlife sequences would have been very attractive to movie-goers in the age before documentaries brought Africa home to our TV screens and a director shooting Grace Kelly (yes, the one who would become a Princess) and Ava Gardner has the privilege of letting the camera soak in their charms. 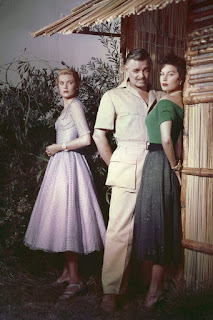 For a modern audience, there would be other problems. The movie is shot in the time when Africa was still colonised and the world was certainly very different. Vic Marswell is clearly a ‘Big White Hunter’ and the attitude to animals is absolutely, disgustingly cavalier.

But even if one accepts these things as a product of the times, as a movie, there is another thing that stands out. The incongruity of seeing two of the most attractive women ever, both in the fullest bloom of their beauty (Gardner was 31, and the future Princess Grace, 24) falling over themselves for the charms of a clearly-aging Clark Gable (52 and looking older) is hard to swallow.  To put that in perspective, consider that the play on which Mogambo is based, viz. Red Dust, was first made into a film in 1932, and starred Clark Gable. A remake, twenty-one years later, cast the same man in the same role.

It reminds us that the Hollywood studio system, where actors were bound to highly restrictive contracts with production houses, was in its way as bad as Bollywood’s star system today. But surely, if Hum Aapke Hain Kaun were to be re-made today, Rajashri Productions would not be so short-sighted as to cast Salman Khan in the same role. Or perhaps that’s exactly what they would do, and therein lies a tragedy.

Ava Gardner’s Eloise ‘Honey Bear’ Kelly is a brilliant portrayal. Earthy, affectionate, good-natured, in love and in anger, in friendship and jealousy, Ava brings out the nuances of the character wonderfully well. It earned her an Academy Award nomination (losing out to Audrey Hepburn’s effervescent Princess Anna in Roman Holiday), her only one, and a well-deserved one it was. Grace Kelly was also nominated for Best Supporting Actress (losing out to Donna Reed’s Lorene in From Here to Eternity.) Kelly would go on to win a Best Actress Oscar in the following year for The Country Girl.

Sad, then, that through most of her career Ava Gardner was typecast as the femme fatale, a one-dimensional character with a function to seduce the hero (and the audience) with a shrug of those stunning shoulders or a glance from those remarkable eyes. Her extraordinary, almost freakish good looks were a distraction, and the films MGM made with her allowed this beauty to not just take centre-stage, but made it the be-all and end-all of her career. In this was the true fallacy of the studio system, in giving the moneybags control over the creators (directors and cast). Ava was never given the opportunity to break out of the mould she was thrust into, any more than Marilyn Monroe was, and as Mogambo and to some extent, The Barefoot Contessa, Bhowani Junction and The Little Hut proved, the ‘Grabtown Girl’ was worth much more than that. 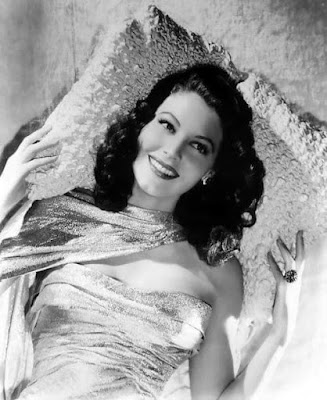 Think, then about the career Marilyn Monroe might have had if she had been given more films like Some Like it Hot and fewer like Let’s Make Love. Or what Luise Rainer could have accomplished had Louis B Mayer (MGM) not sworn to wreck her career. Think about what Ava Gardner might have done with Cat on a Hot Tin Roof or Duel in the Sun. We will never know, because roles were not given to the actor who could portray them best, but to whoever was:

a)    On the roster of the studio who had the rights
b)    Was in favour with the studio bosses (Casting couch, you say? Yes, almost certainly).

If that sounds familiar to us in India today, it’s because we follow a somewhat bastardised form of the same. How many Bollywood movies with potential were dragged into the quagmire of being star-vehicles? How many sank because a good script could not afford to cast a competent actor?

But let those philosophical issues be for another day. Let us, rather, celebrate the joie de vivre that Ava Gardner did bring to the screen, the gentle class that Grace Kelly did, and cast an indulgent eye upon Clark Gable, that ageing lothario.

For somewhere, in the gentle glare of a sepia-tinted sun, far away from the rest of civilisation, let there be a place where passions rise and men are men and a woman named ‘Honey Bear’ is ‘all right’.