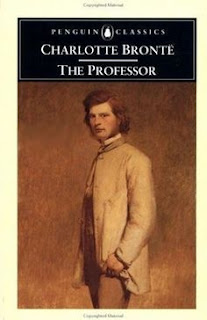 Almost anyone making a claim to knowledge of literature is familiar with the name Charlotte Brontë, or ought to be. For most, the familiarity begins and ends with the novel Jane Eyre, a novel that is considered – and in this blogger’s opinion, rightly so – as one of the most remarkable works of literature of any era. However, Charlotte was not only the oldest, but also the most prolific of the three Brontë sisters, and outlived her younger sisters by about seven years. Where Emily published the one novel, and Anne two, Charlotte published three in her lifetime – the aforementioned Jane Eyre (1847), Shirley (1849), Vilette (1853) and The Professor (published posthumously in 1857).

It is the last of these that I picked up to read a couple of weeks ago, finding myself in a sort of ‘readers block’. The preface informs the reader that this was in fact the first manuscript that Charlotte completed, but rejected by eleven publishers in her lifetime, it was finally only brought out two years after her death by her husband, A. B. Nicholls. As the novel unfolds, it quickly becomes obvious why it was difficult to find a publisher for the book. Not because it lacks literary merit – as if the fountain of talent that the Brontë sisters had drunk so deeply of would ever run dry! – but because The Professor is an outright rejection of the most popular tropes of the day. The protagonists are unattractive and hard-edged, the view of the aristocracy and of youth is thoroughly unromantic, and the action takes place mostly in Brussels, a place neither familiar to the common English reader nor romanticised association like Paris and Rome. 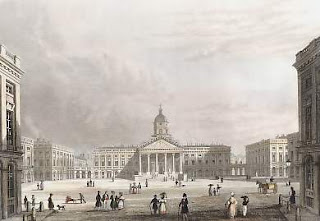 William Crimsworth, the hero of the relatively short tale (256 pages in my edition), is an orphaned younger son of a businessman who lost his fortune before his death. Given a good education at the expense of his maternal relatives, an aristocratic family, he turns down their condescending offer to join the priesthood and determines that he would rather be a self-made man. Taking a job in his cruel and brutish elder brother’s mill does not give William either success or satisfaction, and the taunts of Yorke Hunsden, one of his brother’s fellow-businessmen force William to take a long, hard look at himself. Finally breaking the shackles, he departs for Brussels with little more than Hunsden’s recommendation in his pocket, and finds himself a position teaching English in a boy’s school run by Monsieur Pelet, a sly but friendly Frenchman. A second teaching job in the adjoining girls school follows, and here William meets Mlle Zoraide Reuter, a pretty, well-to-do lady, proprietor of the school. Mlle Reuter is shrewd and calculating, but nonetheless Williams almost falls for her carefully-cultivated charms and calculated flirtations before events direct his feelings in another way, towards an impecunious lace-mender and student, Frances Henri. William’s feelings for these two women – and, unusually for the time, their feelings for him – are the primary conflict of the story as it heads to a resolution. 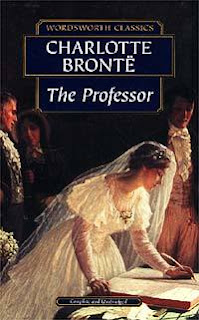 The book’s language is beautiful, as one might expect, a felicity when it comes to composition and an ability to strike the perfect balance between exposition and action being quite the Brontë hallmark. Language flows like a gentle stream, almost like a lullaby, and I never did realise when I stopped being a ‘reader’ and seemed to float with the characters on the paths they chose to take.

From a storytelling viewpoint, what The Professor perhaps lacks, and which might be another reason it had difficulty finding publishers, is the lack of a powerful fulcrum to the plot. Interestingly, it is something the writer seems to be aware of, for there is actually a passage where she mentions, in what must have been a wry commentary on her own experience, that novels exaggerate both crises and emotions to generate interest. The book is about William Crimsworth’s journey to be an independent man without compromising his principles, and while this may make for a compelling short story, as the unifying thread for a novel it is not a very powerful ‘hook’, as modern reviewers might call it, since the obstacles in his path and the characters he encounters lack the sort of challenges faced by Dickens’ two great male protagonists in Pip Pirrip or David Copperfield, or even George Eliot’s Daniel Deronda. Further, the main protagonist, from whose point of view the story is narrated, is not a particularly likable or sympathetic character, which also militates against conventional story-telling tropes. In her descriptions of the native Belgians or even the French there is a touch of English superiority, even nationalism, easier to forgive then, perhaps, than now.

Yet, at its length and in its honesty, The Professor makes for a very interesting read. The frankly critical assessment of the students Crimsworth encounters is both funny and perhaps ground-breaking in completely setting aside an idealistic view of childhood. No little angels and paragons of innocence and virtue here, Crimsworth’s male students are often dull and unruly, the girls unprincipled and unenthusiastic, and both, very very real. 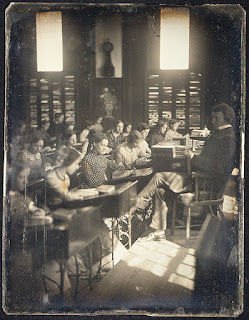 Each character has depth, some more than others, with those of Hunsden and Mlle Reuter standing out. Hunsden as the contrarian, intentionally unpleasant rich man who goads Crimsworth and Zoraide Reuter as the wily and eminently practical proprietor of a girls school are people easily spotted in real life, and too often do we, as William does for a while, fail to see the true worth and friendship of the first while falling for the false comfort offered by the latter. Brontë displays here the ability to take these real, flawed, headstrong characters and yet make a story that leaves one with a pleasant feeling. Much of the narrative is ‘tell’, rather than ‘show’, a cardinal sin though it may be considered now, but in the telling as many hints and deft touches that remind us that this is a work by no ordinary writer.

Those expecting a reiteration of Jane Eyre will be disappointed; The Professor is more unlike that novel than it is like. Yet, the passage where Frances Henri truly comes into her own – where she asserts her desire to continue to work after marriage, is the kind of writing that reminds us that this was a woman far ahead of her time, and even though she chooses to narrate this story through a male protagonist, she remains the Charlotte Brontë we know and love.

You can buy the book here:
Amazon India