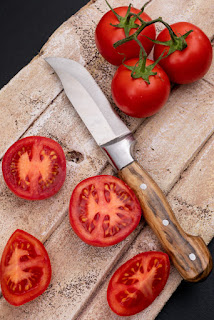 “It’s not that unusual to…get bored in a marriage after this many years,” she says, though the tremor in her voice belies a certain amount of uncertainty.

“It’s not that I don’t have feelings for him at all,” she says, repeating herself from maybe five minutes before.

“Is that so?” I mutter. I’m not really interested in conversation, and certainly not about her husband.

“But that being said, it would certainly be convenient if he weren’t there.”

“But he is,” I point out. “And you don’t seem interested in filing for divorce.”

“I couldn’t, I couldn’t,” she says. “It’s not like this is…a normal relationship, you know.”

I know it isn’t. He’s a gangster-turned-politician. She’s the daughter of his political mentor. It’s all terribly complicated.

“There’s other ways to get rid of him, you know—the way his family usually takes care of such matters,” I joke.

Her lips twitch and curl upwards at the edges just a bit; it’s one of those hopeless smiles that I have become used to seeing from her more and more.

“Need help cutting those tomatoes?” she asks, shaking her head, as though discarding the preceding conversation from her mind and from reality.

“Wouldn’t mind,” I say, sliding the knife toward her.

“It’s sharp,” she notes, as even, perfectly-circular slices fall upon the cutting-board, oozing juice.

“German make, very expensive,” I reply. “You remember our Prof back at College always said you can’t go wrong with German knives.”

“I do, I do,” she agrees, smiling broadly this time—as though the memory of our time as friends, before I even knew she was a politician’s daughter, and before she knew I was born on the wrong side of the bed, has taken her back in time to a happier place.

Sandwiches are not the best meal a pair of Catering College graduates should make for a meal, but they are what we end up making, convenience trumping the desire to show off our skills. Paired with white wine, though, they do well enough. I fall asleep before she leaves, and wake up, on the couch, at some ungodly hour. I bring myself, somehow, to stagger to my bed, but not before I check the knife-stand.

I heave a sigh of relief. And regret.