Curious cats and the virtues of anti-intellectualism

[Ser Pounce-a-lot is a British shorthair cat who earned his Knighthood defending his dim-witted sister, Cat-a-tonia from a bunch of ruffianly dogs. A feline of rare wit and sharp insight, he often condescends to share his wisdom with his human slave, Percy the Slacker (the man behind this blog). In an ongoing series, Ser Pounce's wisdom shall be presented in the form of conversations between him and his scribe, the aforementioned Percy. Below, is one such...]
[While I was planning to write on this subject for a long time, I had been procrastinating, as so often happens. Then Ajesh Sharma (better known as Slo-Man) posted this in a place where Ser Pounce could read it, and this blog-post came into being.]

“Oh, nothing, Ser Pounce, nothing.”

“You’ve been staring out of that window for the last ten minutes when you should have been scratching my ears.”

“I can stare outside the window while scratching your ears. Was just looking at that crow hopping from branch to branch on the tree outside. He seems to have a plan, though a very random one. I wonder what he’s up to.” 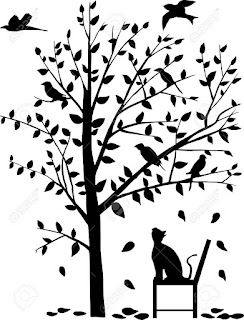 “Calm down, we’re three floors up, you can’t pounce on him. You’ll break your neck falling.”

“I dare say curiosity must be bad for us too, so few humans seem to have it.”

“What are you talking about? Don’t you always complain about nosy relatives asking too many questions?”

“Well, that’s different. I meant true curiosity – a desire to know how things work, where things came from, why things happened.”

“I suppose I am. If ‘intellectual’ wasn’t such a bad word nowadays…stop scratching my arm, Ser Pounce!”

“Eh sorry, I thought it was the arm of the chair.”

“We are sitting on a ledge, not on a chair!”

“Anyway, as I was saying, between those who are dumb as bricks and pretend to be intellectual, and those who pride themselves on being dumb as bricks, the ability to think, the desire to learn is being lost.”

“You know, human, you do have a point. It is part of what makes cats the superior race. Despite the ever-hanging threat of curiosity killing us, we retain the desire to explore and learn.”

“During the 4 hours of the day when you’re neither sleeping nor eating, you mean?” 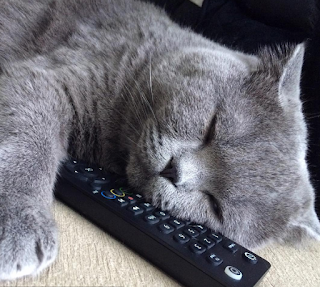 “I prefer to express it as a range between two hours and six.”

“Yes. You see, humans – and there are some decent sorts amongst you – have a formal education system. So you go to school and then to University, learn, give exams, and then join an office or start a business or something.”

“That about sums up human existence, yes.”

“Now some of you treat the classrooms and cubicles as closed spaces.”

“They are closed spaces, Ser Pounce, as you would know if you were an office cat.”

“Mentally, human, mentally. If you think about it, what your teachers tell you is a starting point. It should make you want to know more, to understand, rather than just absorb.”

“Even if the teacher is bad or boring?” 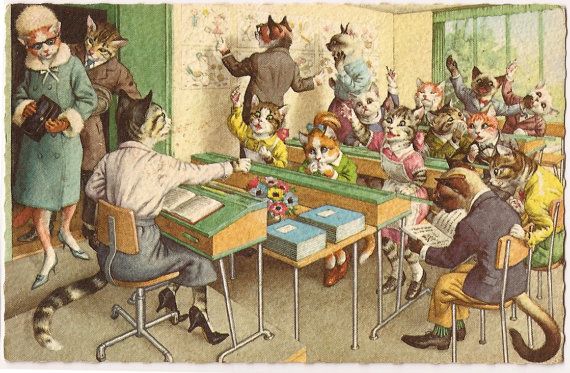 “Especially if the teacher is bad or boring. The good ones anyway expose you to a broad spectrum of learning. Think of it like this - a good pet, like a cat, enriches your life by sitting silently and judging you, filling you with existential questions, while a bad pet – like a dog – makes your life revolve around it, providing mindless entertainment in the form of tricks and chasing sticks.”

“I think you lost the analogy a bit there, but I think I understand what you mean. We should aspire to know more, rather than just see learning as a compulsion, or as a means to an end.”

“Yes, just as I see killing rats not so much as being for food but as a mental exercise.”

“Killing rats is a mental exercise?”

“Indeed it is. You see, the rat knows – and the cat does too – the battle is over before it really happens. We size each other up, and we know how it ends. Everything else – the chasing, the stalking, the leap – is but an expression of an art. The art itself is within us. Within me.”

“Have you overdosed on catnip again?”

“Nothing of the sort. Well, maybe a little. You need to keep it more securely locked up. Anyway, take how you consume art, for example. Music, movies or literature.”

“Where are you going with this?”

“Now there’s one sort of person who would listen to a song he likes and then try and find out who the singer is, what other songs she has sung, and if all her repertoire is good, find out what artistes she was influenced by and so on – basically maximise both knowledge and enjoyment.”

“And similarly for authors, composers and painters…”

“Or photographers, movie-makers and chefs.”

“And you see this as a bad thing?”

“I think a person who fails to ask questions has failed at life.”

“You know, Ser Pounce, those people – those who do not ask the questions, or indulge in curiosity, as you put it – tend to be happier.” 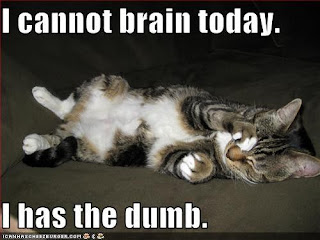 “They are more certain in life, I’ll grant you that, because they do not think beyond the apparent. They work because they must, never asking why they are tied to their jobs, and whether they really need to be. It is the great virtue of anti-intellectualism, Percy – the happiness of not knowing what you do not know.”

“I say, Ser Pounce, now you are attacking the foundations of modern society!”

“Am I? Take my sister, Catatonia. She sees lunch and she eats it. No reflection on where it comes from, who provides it, or why she is provided lunch while other cats have to hunt for a meal.”

“Shows how little you know. I recognise that my inherent, excellent qualities led you to adopt me and treat me with the respect that I deserve. Therefore I strive to always remain worthy of that respect.”

“I thought you saw yourself as a Cat Overlord of a superior species.”

“Well, of course, but being an Overlord is a status that has to be earned and maintained. Like now, I am shedding fur all over your towel to remind you that it’s high time you washed it.”

“A fearsome beast I am, indeed. Anyway, while you gnash your teeth and curse at the world, I shall go off to explore the staircase and learn more and more about the habits of your subordinate species, for understanding is key to subjugation.”

“Yes, go, you odious cat, and if curiosity kills you, I’ll write her a thank-you note!” 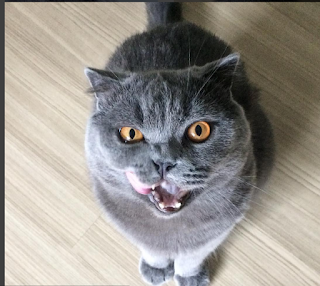