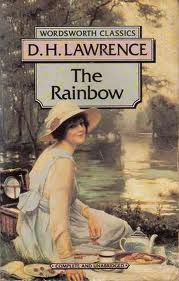 There are some authors whose work is not popular with casual readers, and D H Lawrence, I surmise, is one of them. Growing up, the only association I could have made with the name was the knowledge that his book, Lady Chatterly’s Lover, which came out in 1930, was banned in India (and continues to be).

The first exposure to his writing was through the poem, ‘The Snake’, a long-ish poem detailing his personal encounter with a snake by a water-trough. It was a part of our syllabus for the ICSE exams, and compared to the other works that we studied, I found myself not particularly impressed. To be honest, my preferences then were probably rather skewed towards lyrical poetry. Re-reading the poem earlier this year, I found myself quite taken both by the cadence and the theme. You can click the link and read it for yourself, though.

When I picked up The Rainbow, I had no idea what to expect. The blurb at the back of the book is brief, but it does mention that the book was banned for a long time in the UK itself.

The book tells us about the lives of three generations of the Brangwen family, living in Nottingham. They are not the nobles of Austen’s work or the destitute of Dickens’, rather they are landed farmers, comfortably-off but not rich, educated but not part of the elite. The first part of the book deals with Thomas Brangwen and his search for happiness, first alone, then through marriage and fatherhood and finally his acceptance of being always, spiritually, alone. Then we are with Anna Lensky, Thomas’ stepdaughter, her pride and her own search for fulfilment. Whether through her husband or her children, she too searches for the mythical rainbow, the symbol of contentment. The third and largest part of the book deals with the life and loves of Ursula Brangwen, Anna’s eldest daughter, from childhood to her early twenties. Hers is the most torturous journey, through love filial, heterosexual and homosexual, to reaching a state of personal freedom only to find that, too, compromised.

As for the ending, it is not a resolution, but rather deeply symbolic of the unending nature of life itself and the place of the individual in the constraints of English social life.

There is not a shadow of a doubt regarding the power of Lawrence’s characters. Thomas, Anna and Ursula are exquisitely, maddeningly real. Their thoughts and their actions are those of complex, thinking characters, their desires depicted with heart-breaking honesty. Lesser characters like Lydia Lensky, William Brangwen and Anton Skrebensky are also distinct and unique, real people who come to life before the reader. 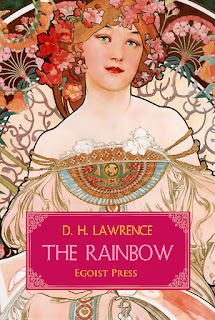 The Rainbow makes it evident, early into the first chapter itself, that it is no breezy read. Lawrence’s use of vocabulary is not particularly difficult, but his use of complex sentences and deep delving into the psychological state of his characters makes this a book that demands, even as it arrests, the reader’s concentration. This could not have been easy for Lawrence to write – to examine human psychology with such brutal honesty and yet tender attention. And so he demands that level of effort from the reader as well, to apply our minds to the text as well as the ideas behind the story itself.

It is the ideas that should resonate, as well as the style. The Rainbow is a thoroughly ‘modern’ novel in terms of it’s treatment and writing, perhaps an early example of ‘Literary Fiction’. And the theme is starkly relevant – probably always will be – that of individual aspirations and a search for fulfilment, both intellectual and sexual. 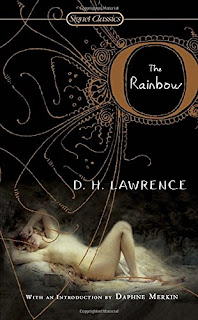 As for the ban – well, it must have taken serious fortitude on Lawrence’s part to depict, without a trace of sugar-coating, a lesbian relationship, as well as unabashedly bring forth the power-play underlying every sexual act, of desire quite separate from love, of love unlinked to desire, and of contentment in sharing only that much of a partner’s life as he or she will allow. And it is the last two that are perhaps more disturbing than the sex itself, for that is not erotic at all – this is plot-driven sex, written to depict nothing but the act in its place, as a part of the relationships of Thomas, Anna and Ursula.

As I close the book, I wonder who else I know that would actually enjoy it. More fundamentally – did I enjoy it? The answer lies perhaps in the truth that Ursula Brangwen learns in the time she spends as a teacher in the town of Ilkeston – not all experiences are meant to be enjoyed, and neither are they destined to fulfil quite exactly the expectations we had from them. But they leave us with something learned, something lost, and something to ponder.