Movie Review: The Nun’s Story.
OR,
The problem with Audrey

IMDB, which has for twenty-six years been applying modern sensibilities to movies released decades before it was launched, is nonetheless more generous to ‘The Nun’s Story’ than it is to some other movies of the era, giving it a rating of 7.6. Rotten Tomatoes is kinder, going as high is a 93% favourable rating. 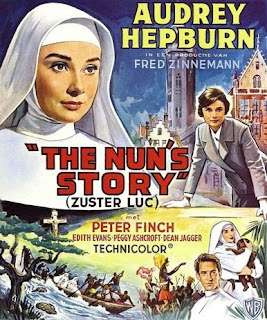 The Nun’s Story takes us through the life of Gabrielle Van Der Wal, an intelligent and spirited girl who struggles to balance her skills in the medical field and her sense of duty to her patients with the faith and obedience that her calling as a nun places upon her. Slow-paced but meticulous in its detailing, it takes the viewers from Gabrielle’s early days as a postulant to her taking her vows and becoming ‘Sister Luke’, from there to her work at a mental asylum and later in the Congo and then back to Europe as the Second World War is breaking out. Whether in the genteel streets of Brussels or the heart of the Belgian Congo, Gabrielle Van Der Wal preserves her dedication to the practice of medicine and impresses one and all. When circumstances force her to return to Belgium, she confronts the greatest challenge to her vows – maintaining neutrality in the midst of the Nazi conquest of Europe. 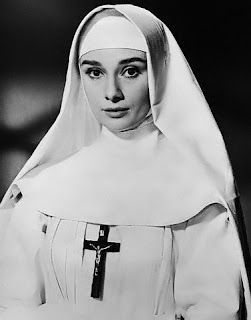 If that sounds like Oscar bait, let us remember that it was released in 1959 when it was not the practice to release movies specifically with the golden statuette in mind. Nevertheless, it got nominated for 8 awards, and had it not been up against no less a behemoth than Ben-Hur, might well have picked up one or two. It did win a BAFTA and a New York Film Critics’ Award for Audrey Hepburn though, and therein lies the problem in making an assessment of the film on merits. For a movie with Audrey Hepburn is fundamentally different from a movie without her, a fact that is like an article of faith for some, and utterly incomprehensible to others. 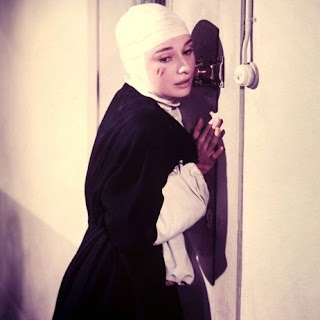 Why do I (and a lot of other people, trust me) consider a woman with a waif-like figure, broad forehead, wide nose and mouth and a husky voice to be the most unbelievably beautiful woman in the history of film-making? I could not say. Maybe it is the fact that those features came together so uniquely in Audrey, but beyond a luminous, truly beautiful pair of eyes, it’s hard to pinpoint why she was, and still is, considered an iconic beauty. As for her acting prowess, there are those who have been critical of her abilities, though with 1 Oscar, 1 Golden Globe, 3 BAFTAs and 13 nominations over and above the wins, one would think that should not be contested. It does not matter anyway. It was the charm she brought to every role that makes her immortal; whether as Princess Anne, Holly Golightly, Sabrina, Gabrielle or Jo Stockton.

In The Nun’s Story, however, the extent of her ability to transcend the movies she was in is very much brought to the fore. Though based on a novel, it can easily be argued that the movie stretches too long (speaking of which, future generations may be very harsh towards The Revenant on this count), that the scenes where Gabrielle is in the Belgian Congo gloss over the brutality of the occupation and that the ending is ultimately abrupt. 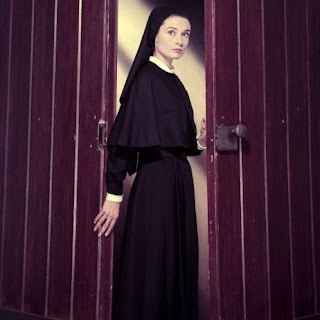 But the fact is, her presence makes the viewer lose track of time. Shorn of the spectacular fashion sense and Givenchy gowns that she was famous for, sans make-up in a time when no actress at the time dared to be seen on camera without it, and dressed for almost the entirety of the film in a Catholic nun’s habit, Audrey Hepburn still shines. No ‘sexy nun’ here, no flatteringly-cut cassock, no showing of the hair – we do not see her trim figure or those lovely tresses at all. 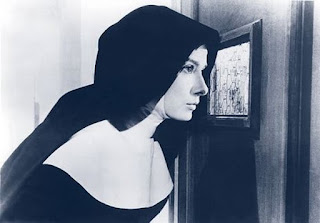 All we see is a face, and in that face and those eyes, in the movements of her hands, the shrug of her shoulders, we feel every emotion as it courses through Gabrielle’s soul. It is important then, to realise that this movie is not about the convent or the Congo as much as it is about Gabrielle herself, about the conflict between her desire to truly be the best she can be at what she is good at (the practice of medicine) and her commitment to the restrictive, obedience-enforcing Church that allows her to actually carry out those noble ambitions. 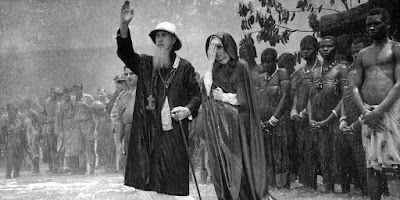 And the scene at the end – when she stops at a fork in the road, and chooses one direction over another – even in a long shot taken from the back, Audrey is still acting, still conveying that for the first time in over a decade, Gabrielle Van Der Wal is making a decision.

To choose whether to watch a film like The Nun’s Story is also a decision for the reader of this piece to take. It is not an easy movie to watch. The pace is slow, lingering long shots introduce scenes and faithfulness to the novel seems to have been prized over making an exciting movie. Present-day sensibilities may find a lot to dislike about the scenes in the convent, wondering why Gabrielle’s rebellion is so passive, or about the non-judgmental approach she takes to the inherent racism and condescension of the whites in the Congo towards the native population. 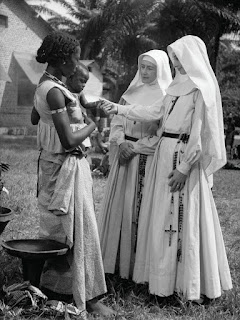 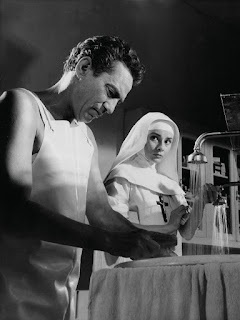 So maybe this two-hour long odyssey is not for you, but whenever Audrey Hepburn is on the screen, you know you are watching one of the greatest love stories of all time – that between Audrey Hepburn and the movie camera. The Nun’s Story is an episode of intense passion between those two lovers, as a movie, perhaps it is much more than that and certainly, it is no less. 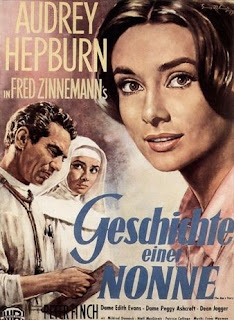