A Refutation of past recommendations 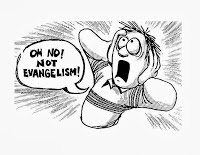 This was meant to be a post to promote two articles I wrote for the good folk over at Readomania.

I did write a couple of articles for them.

This one, a brief look at the history of western literature, was fun to write. I have had the pleasure of reading most of the authors I have mentioned in it, and I think it largely sticks to being informative, which is the function of such an article.

It also contains these lines, though:

It is through literature that our ancestors constructed bridges from their time to ours, from civilizations about which we would otherwise know very little, through monsters and maidens, Kings and paupers, from the wilderness of the American Frontier to the teeming cities of China.

which show that you can’t completely take the poet out of the essayist. 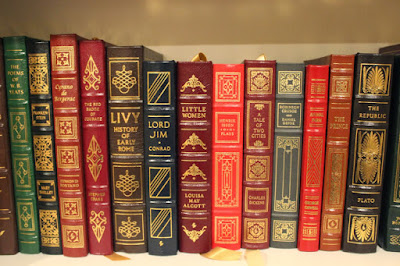 It is the other article, available here that I have more of an issue with. Necessarily of a more autobiographical nature, I do say this at one point in the essay:

Never mind, then, that islands of fabulous, undiscovered wealth no longer exist. That men do not sell their wives in games of chance (well, not often, but it’s been known to happen if you read the vernacular newspapers), or that whaling is banned.

As long as there is humanity, we will tell these tales, over and over, because they are our own stories.

And in doing so, I realise I have done something I should not have – tried to recommend that others read the Classics, because I like to.

This is not something I consciously intend to do. In fact, through this essay, I seek to consciously dissuade anyone from thinking that. Do NOT go by what I say. Do NOT read what I have.

To clarify myself further, let me take you on a walk through my own past.

When I was younger (and thinner, but that isn’t particularly relevant to this article), I had the completely mistaken impression that I had an evolved taste in music and literature, among other things. This mistaken impression led me to often make recommendations to my peers, my elders and those younger than me.

It took a long time to realise that this evangelism was useless, not to mention unfounded. After all, just because I was – and will forever remain – indebted to the wild-eyed, narrow-faced chap who introduced me to the geniuses of rock music, did not mean that others would feel the same way about me. Or, though my parents insistence on starting my ‘reading’ journey with Illustrated versions of classics left me with an abiding and deep love for literature of all kinds, it did not mean that everyone else I met would feel the same way either.

The earliest forms of this misplaced evangelism were in the field of sport. A family of armchair sportspersons, virtually every tennis grand slam, every Formula 1 racing season and every Football world cup meant we established itself into camps. Even in cricket the happiness of an Indian win could be tinged with irritation if a disliked player had been responsible for the win, and the sadness of a loss would have a silver lining if a favourite had played a doughty innings in defeat.

I was more hopeful when it came to music. The first target of my musical evangelism was a cousin who fell hook, line and sinker for heavy metal. In fact, he went on to learn to play the guitar and form an amateur rock band when he moved to the USA.

Alas, that would remain my only success. Girlfriends refused to believe good music could be made by anyone not from a boyband. Horrified explanations that Backstreet Boys and Boyzone were not ‘real’ bands was dismissed out of hand. Cassettes of the Floyd, U2, even lighter stuff like The Corrs were listened to and politely returned with, “That one song on side B is nice, but nothing is as good as Boyzone’s ‘It’s only words’”

Further attempts to explain that the song was ‘Words’ and owed its quality to the undoubted genius of The Bee Gees and not to the clean-cut good-looking lads of the Irish band were met with closed ears.

In the mini-Ahmedabad that was my college, the musical tastes of the masculine population were no better. Bollywood fare was worshipped. Attempts to include a live English-music performance at the college annual day and later, the college fest, failed – hilariously or tragically, depending on who told the story. For the small group of us who believed firmly that ‘good’ music was what was sung by Elvis, performed by Led Zeppelin, composed by Bach or taken to sublime levels by Pt. Bhimsen, the thought that the vast majority of our peers exalted Nadeem Shravan and Anu Mallik instead was gall and wormwood.

At home at least I had the remote control of the music system, but my proselytising efforts were just as unsuccessful. For my mother, everything from Talat Mehmood to Deep Purpose was classified as ‘noise’. My father professed to like and identify some of the English musical artistes I inflicted on his ears, but in hindsight I realise it was just that he was too indulgent a father to tell his son to not bother him with this nonsense. His forbearance makes me blush to recall it, for surely he had no particular liking for the notes that struck his ears.

Which brings me to books. I was a terribly precocious reader, and firmly refused to admit that I was more nerd than intellectual. Teachers in my schooldays encouraged and praised my reading habit, which only fuelled my ego. I felt quite justified, then to dictate to those of a less bookish nature, extolling the virtues of the authors I read.

Of all my vanities, this one persisted the longest.

I had long since given up trying to get others to conform to my sporting preferences, or even to watch sports with me, honestly. I certainly do not expect anyone other than myself to find musical merit in the bands I do. For some people music is white noise, serving only to close their minds to the outside world. For them, Anthrax and Enya would serve the same purpose. To others, it is too difficult to separate the message from the medium, and see anything that does not conform to a peppy, dancing beat as ‘boring’. 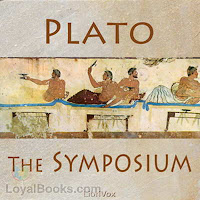 Yet, I thought, surely a true reader would appreciate my knowledge of the written word. I have drunk wine in Plato’s Symposium and marvelled at Quixote’s demented nobility, stared in shock at Bill Sykes throttling Nancy and wept with Tess as she buried her firstborn, fought bravely at the Battle of Helm’s Deep and thrown darts with Barmy Fotheringay-Phipps (pronounced fungy) at the Drones Club. Surely once people realised that, they would hang on to my words and buy and enjoy the books I loved to read. 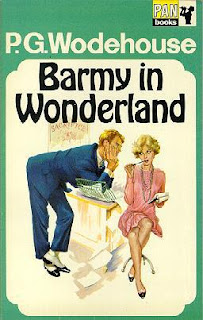 “Nothing happens in Sense and Sensibility.”

“This guy Bertie Wooster tries to be too clever. Why does he have to put a joke in every line?”

“Gatsby is nice and all, but where’s the message?”

Not nearly as bad as the breed of people who are so interested to know you are a ‘writer’ and desperately want you to share your blog URL and then never actually visit it, but close.

So I think I’ve learned my lesson. If a person chooses to read contemporary Indian romantic fiction, who is to say his or her choice of literature is any worse than mine? If someone insists on reading books only on ‘current’ themes, why the hell not? If another says he can’t ‘relate’ to fantasy, that does not make him any less a reader or than anyone else. And for those who can’t ‘relate’ to classics, or find them ‘too slow’, good for you. You are the foundation of modern society.

Every choice is a valid one, and art is democratic.

Pink Floyd is history. Dead white composers are not a sufficiently 'inclusive' demographic. And the classics of literature - well, they are a beautiful memory, best left wrapped in the lavender (or leather-bound, which is more practical) that preserves them so well. For a reader today, they bear no merit, no reason to read them beyond perhaps an academic assignment.

If anything, the books I’ve grown up reading have messed up my own writing, making it into a convoluted beast, neither high-flown literary realism nor simple, contemporary tales that can achieve wide popularity. That I will continue to plough through my own mediocrity is inevitable, but to paraphrase Dostoevsky's Ganya from The Idiot, "a deep and unchangeable consciousness of my own lack of talent, combined with a vast longing to be able to persuade myself that I am original, has rankled in my heart, even from childhood."

I still review books, and will continue to do so. I still might post the link to a song I like. But if you catch me making a positive recommendation on the basis of what I have liked, point a loaded gun in my direction and pull the trigger. 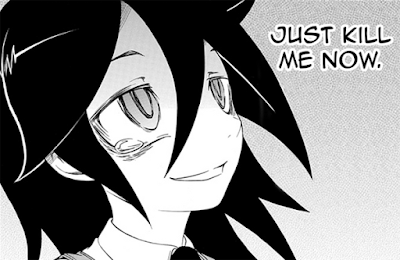