Of Faith and Films

I don’t understand films. In gatherings where the initiated acolytes of the art of moving pictures are speaking, I do the tested-and-tried ‘smile and nod’ routine that has helped many an imbecile like myself get through such conversations. I understand faith even less. When better human beings than myself speak of miracles and an unwavering belief, I bite back my envy at their having answers to the questions that science still endeavours to answer. 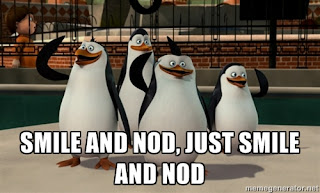 So why am I writing this little essay? It isn’t to delve into serious matters like direction, production, ecclesiastical purity and so on. Rather, it’s to look at how the telling of a story can impact the viewer’s feelings about a subject.

I happened to watch two films recently, both on the subject of faith and ‘visions’ of the divine in real life.

The first was ‘Deool Band’, in Marathi, a film released in 2015, starring Mohan Joshi as Swami Samarth, a divine manifestation, Girishankar Mahajani as an atheist scientist, Raghunath Shastri, and Girija Joshi as his wife.

The second was ‘The Song of Bernadette’, a 1943 English movie starring Jennifer Jones as the titular Bernadette, Charles Bickford as Abbe Peyramale and Gladys Cooper as Sister Vazous.

The Song of Bernadette won three Academy Awards, including the first of Jennifer Jones’ two Best Actress awards, and had several acting nominations as well in the supporting categories. It is highly unlikely Deool Band will win anything other than making a pretty profit at the Box Office.

And while Song would leave even the most hardened rationalist carrying a seed of doubt about his own convictions, only the most credulous of worshippers of Swami Samartha would come away from Deool Band without thinking he had just seen a bunch of tripe.

As the title credits rolled at the end of The Song of Bernadette (and a speck of dust got in my eye, causing unrelated activity of the tear ducts), I wondered why two films on the same subject could end up with such a different impact.

Was it the fact that Bernadette Soubirous’ story was a true one – a story that brings millions of pilgrims to her hometown, to the Church of Our Lady of Lourdes, a hundred and fifty years after she died of tuberculosis? It couldn’t be only that, for the real life Swami Samarth was no less a man of faith than the woman who would become Saint Berndaette, and his Temples in Akkalkot as well as all over India inspire similar, if not more, devotion. (Incidentally, they were contemporaries – both died within a year of each other, the Catholic future-saint in 1879, the Hindu living saint in 1878).

So the answer would lie, I suppose, in the treatment of the subject and the quality of the performances.

The Song of Bernadette tells the story of a young teenage girl in a French village near the Spanish border. Bernadette is malnourished, asthmatic and poor with her studies, earning the ire of her teacher, Sister Vazous. One evening, while out with her sister and a friend to collect firewood, Bernadette sees a vision in the grotto - a young lady. Bernadette claims no knowledge of who she is, but the vision’s appearance corresponds with the depiction of Mother Mary in the traditional Catholic Church. Over a period of time, the number of people who follow Bernadette to the grotto increases, though nobody else sees or hears this apparition. The town authorities and even the Abbe of Lourdes try to dismiss or coerce her into recanting, but Bernadette remains steadfast in her conviction of what she has seen. One day, Bernadette is told by the apparition to ‘drink from the spring’, and digs at a hole in the ground, from where a spring of clear water emerges. The water of this spring is found to have miraculous properties, and over a period of time, even the most disbelieving become convinced of her being an agent of the divine. A Church Commission from the Vatican examines her claims and eventually proclaims them to be true. Bernadette finds herself obliged to leave the life of a village girl and prospect of a contented marriage to join a nunnery, where she meets her greatest opponent, Sister Vazous, and convinces her of the truth of her visions.

Ultimately, even Prosecutor Dutous, who had tried hardest to discredit her, finds himself doubting his own conviction and seeking forgiveness of the girl he tried so hard to discredit. Finally we are shown Bernadette’s last vision, as she dies, wasting away from tuberculosis of the bone, and left with the Abbe’s prophetic words (paraphrased from Thomas of Aquinas, I think):


Interestingly, the movie does not ask the audience to believe, it only shows events as they are supposed to have happened. The vision of the Virgin Mary is shown sparingly, and for the most part, we are as any other villager of Lourdes – seeing and hearing through Bernadette. The miraculous spring, the cures, the scepticism of the village’s officials – all are juxtaposed against the simplicity of the young girl’s faith. At the same time, even the Imperial prosecutor, Dutous, is not shown as an evil person, simply as a man refusing to accept miracles. Sister Vazous, who detests Bernadette for claiming to have seen divine visions when she herself, despite so many years of service to the Church has not is the closest that this movie has to a villain, and Bernadette’s simple, disarming response to her, as it is to all who question her, is to simply repeat that she saw what she saw, and claims nothing more or less than that. 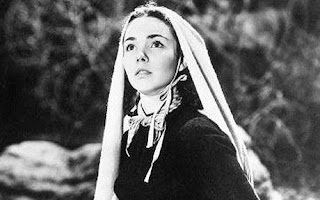 Deool Band is set in modern-day India, tries to involve too many threads. Raghunath Shastri is the stereotypical ‘NASA’ scientist of Indian origin who has come back to India to ‘contribute’ to his country. To enable him to pursue his research in quiet isolation, he is sent to a housing society in Pune with a Temple of Swami Samarth within the compound walls. Infuriated by the thrice-daily prayers (shown to be truly LOUD, singing and dancing and percussion instruments all over the place), Raghunath refuses to complete his research until the Temple is closed. (Deool Band literally means a closed temple). The same night, an apparition of Swami Samarth appears to Raghunath and follows him around as his life unravels, and then helps him stitch everything back together again on the basis of faith. 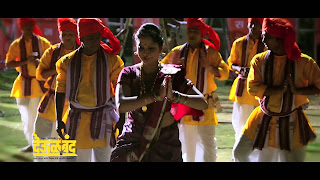 The demands of Deool Band are more aggressive – it puts faith at its centre. You either believe or you are a heartless swine. Everyone in the movie from the highest government authorities to a roadside beggar - is a fervent believer. The Swami is invoked in every second line not spoken by Raghunath himself. Mohan Joshi’s Swami Samarth is cocksure, almost arrogant, and at no stage is there a sense of humility or an attempt to explain the thought process of the other side. Rather, science is shown as a mere corollary of the divine and in a particularly cringe-worthy scene, quotes by scientists are used to justify the existence of God – viz., Swami Samarth (none of the actual Gods of the extensive Hindu pantheon seem to matter). 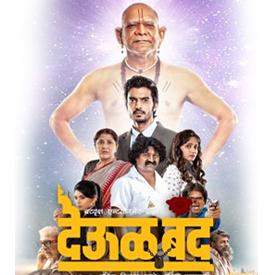 So perhaps it is the ‘pushing down the throat’ that does not work for Deool Band, perhaps it is the utter lack of subtlety. Whatever it is, the result is like an overcooked casserole – burned on the outside, raw in the inside.

The performances have something to do with it as well. Jennifer Jones is absolutely stunning as Bernadette. Graceful, vulnerable, projecting that wide-eyed innocence and speaking in the gentle voice that never becomes cloying, she embodies the simplicity of faith. The character actors are restrained, portraying exactly the characters they are expected to be – a village miller is a village miller, a cleric is a cleric, no more, no less. In the end, whether you come away believing the legend of Our Lady of Lourdes or not, you do believe in Jennifer Jones’ talent and the power of a story, simply brought forth on screen.

Mohan Joshi, on the other hand, is…well…he has made his career playing powerful characters, and that what he brings to the screen. Mahajani’s atheist scientist comes across as whiny, a caricature. He is not a rationalist or even a scientist, he is what a devout religious person would imagine an atheist to be.
In the end, to someone like me, what matters is a story well-told. Convince me that your characters are real, that the people you show are real. Make me sympathise – or hate – them because of what you show them to be. Do not make me roll my eyes with a ‘I know exactly what he / she is going to say because I know how this story goes ten minutes into the movie.

As I watched Bernadette’s story unfold, I really could not tell if she would be hounded as a fraud, hailed as a saint, or actually be a fraud. How would people around her react? And when they did react to her, by and large I could make out why. As I watched Raghunath Shastri struggle through the running length of Deool Band, I knew I was seeing a manifesto, a story whose every scene, even dialogue was essentially pushing an agenda – and could be predicted from the first line.

I have nothing against faith in films. But just because you bring in faith, don’t disrespect the craft of film-making and story-telling. It’s a lesson Hollywood had learned as far back as 1943. Even to the uninitiated like myself, the difference is too stark to ignore.
at February 23, 2016