[Ser Pounce-a-lot is a British shorthair cat who earned his Knighthood defending his dim-witted sister, Cat-a-tonia from a bunch of ruffianly dogs. A feline of rare wit and sharp insight, he often condescends to share his wisdom with his human slave, Percy the Slacker (the man behind this blog). In an ongoing series, Ser Pounce's wisdom shall be presented in the form of conversations between him and his scribe, the aforementioned Percy. Below, is one such...] 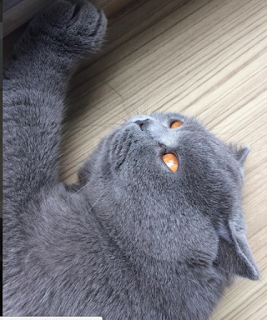 “You’re looking rather peaky, Ser Pounce. All is not well? Did I forget to feed you? Did I brush your fur the wrong way? Did the big tomcat from the street bully you?”

“No, no, nothing of the sort. Just feeling sorry for my old pal Larry the Cat.”

“Ah ok, got that. What happened to Larry the Cat? Run over by a car? Skewered by a stray Masai Mara?”

“No, he lost his job as Chief Mouser to the Cabinet.”

“I…wait, now I remember! Wasn’t he in the news for not actually catching any mice?”

“Yes, which was ridiculous because catching mice was never his job, as Chief Bureau-cat he is actually the top advisor to the Government and reports directly to the Queen.”

“Fascinating. Is he the only one?”

“There’s a lot of them. Freya is the Cat-cellar of the Exchequer. Palmerston is Cat-in-charge at the Foreign office.”

“I assume that’s George Osborne’s cat, and she’s also out of a job?”

“I take it you refer to #Brexit. Yes, it’s unfortunate. The economic implications alone..”

“Many good cats will lose their jobs. Larry and Freya are only the cusp of a full-fledged cat crisis. Ollie the Brockley cat might be next, if Sainsbury’s shuts down.”

“Sorry, I forget sometimes that I need to speak at your level. British cats and humans have lost access to the rest of the EU in the job market, you see. It will be phased, I suppose, but it will happen nonetheless.”

“I suppose there will be trade barriers too?”

“It depends, I don’t know how Germany and the other EU countries will treat UK now. I suppose they would want to balance the need to continue to do business with them with the fact that they need to deter poisonous politicians in other countries. Like when I catch a mouse and play with him for hours before eating him because I can’t make up my mind whether to eat him myself or leave him on your living room floor as a gift to you.”

“Ugh, don’t remind me. But why would the people of the UK vote for something against their own self-interest then?”

“Because humans are stupid?”

“Half a billion Indians voted a bunch of lackwits to power in India two years ago.”

“Don’t make excuses for your own species, the fact is when you allow people to choose for themselves, they often make a choice based on fear of the other, or believing in an impossible dream. Now us cats, we do everything with our eyes wide open.”

“You cats don’t actually do anything but sleep. But I see what you mean. It’s like Nigel Farage and Michael Gove and that asshat Boris Johnson, who promised that they would have 350 million pounds to pump into the Healthcare System by voting to #Brexit and after winning the vote, they pretended they had never actually said that?”

“Or like how the chaps you voted for said there would be fifteen lakh rupees in every Indian’s account, and the Rupee would grow stronger against the dollar, and taxes would reduce, and the price of gas would come down, and…”

“Uh right, so you’re saying the British people fell for the #AchheDin fallacy.”

“That and flagrant bigotry.”

“The #Brexit people also went full steam ahead with an anti-immigrant rhetoric, didn’t they? It’s amazing that they won in cities like Birmingham and Bradford, which have such large Asian Muslim populations.”

“Not a surprise at all, human, it’s often easiest to polarise people in the areas where there is a significant population of the ‘other’. Fear is a more powerful motivation than hope. A sleeping cat sees a passing fisherwoman. Maybe she will throw a fish the cat’s way. Maybe she won’t. That’s hope, and most cats will keep sleeping. But see a bigger cat or a dog on the horizon…”

“And the cat will run for the hills, I see. Sad, though.”

“Well, don’t you get depressed. I mean yes, I know your stock in Tata companies would have nosedived…”

“They sort of depended on being able to access the European Markets through London.”

“They and many others. But the British people are not obligated to think about Indian companies and their access to the ECM, any more than Fish-market cats are obliged to worry about meat-market cats.”

“In this case, the fish-market cats have cut themselves off from the people who actually buy fish, haven’t they?”

“And the people who actually…well, fish.”

“That is true, human. Had this been a result of economic considerations it may not have been so bad as the fact that the underlying factors consisted to a large extent of hate.”

“I love dogs. Some of the best friends are dogs.”

“All I’m saying is, dogs should stay on their own side of the fence, that’s all I’m saying. The dogs, they come and take the job of honest, hard-working cats.”

“Your ‘job’ consists of sleeping for eighteen hours a day and making supercilious comments to me. A dog would actually fetch and carry and keep away burglars.”

“Cats would do that too, but these dogs, they come in waves over the fence, and…”

“You could always hold a vote on whether you want to leave my home, you know.”

“Aw, come on, human, where would I get a more devoted slave than you? Now go, mourn over your ravaged investment portfolio. I have to catch up on my sleep.” 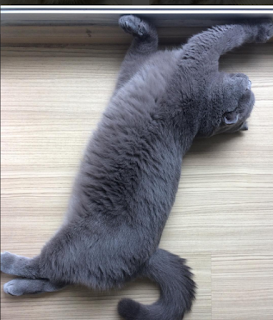