A while back I had started to experiment with telling stories - or rather, detailing banter - purely through dialogue. I've been posting these on my own TL for a while, so those who are in my friend list will experience a sense of deja vu. But anyway, here goes nothing, as they say.

Episode I of the Percy & Ana Chronicles - Of Maps & Men 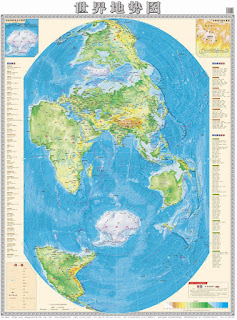 "It's fine, Ana. Don't be melodramatic."

"No it's not, and I'm not being melodramatic. The big world map hanging in the bedroom has fallen off one of its hooks."

"I tried putting it back up. It won't stay."

"This isn't about me being handy!"

"Is it about you being lazy?"

"Then take it down. It looks shabby lying perpendicular to the ground."

"It's fine, it looks artistic."

"I posted a selfie in Instagram just now and the lop-sided map shows in the background. My followers will think I keep a shabby house."

"Was this one of your post-workout selfies wearing a tiny pair of shorts and little else?"

"Nobody will notice the map behind you."

"I seriously doubt anybody is going to notice the lopsided map if you're posing in a sports bra and trainers."

"Oh then definitely nobody noticed the map, so, umm...take it easy, what?"

"Men! The excuses you'll make to do nothing! I knew I should have listened to my friends and never given you the time of day! Lazy-ass! Sloth! Sack of sugar!"

"Oh fine, I'll go talk to Satyam about drilling a hole in the wall."

"Drill the hole first and then go tell him about it."

"That's not how it works! That Nazi sends us memos for putting the towel out to dry!"

"If you do it now, I'll come to meet him with you and buy you a Frozen Yogurt on the way back."

"Did you say Frozen Yogurt?"

"I'll even let you add cream and sprinkles as topping."

"The things I'll do for Frozen Yogurt!"

"Ana, you're still in your sports bra and trainers."

"I figure like this Satyam will be too busy looking at me to pay much attention to you telling him about the nail in the wall."

"THAT'S EXACTLY THE POINT I WAS MAKING ABOUT THE MAP IN THE FIRST PLACE!"

"Shut up and come along! We have Yogurt on the horizon!"